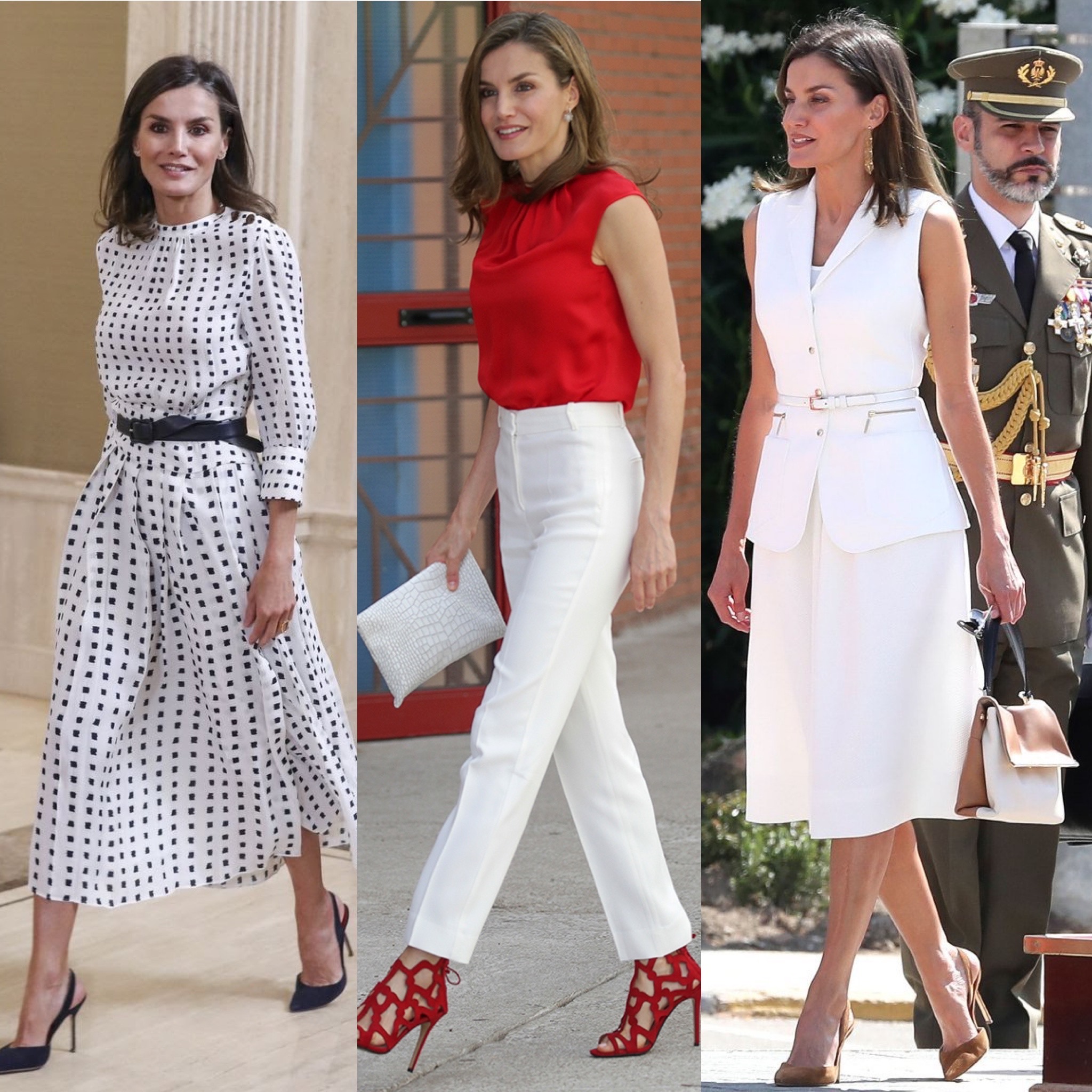 👑 Each country has its own heroes and antiheroes. People whose lives are meticulously scrutinized under a magnifying glass in search of mistakes. Everyone gossips about the Queen of Spain Letizia: from housewives in the villages to aristocrats in their palaces.

The journalist (read Cinderella) from the small Spanish town of Oviedo got the tastiest  bite, the handsome, future King of Spain Philip VI.

All Spain watched this beautiful love story, with bated breath. The prince, who more than once rejected blue blood pretenders, chose this obstinate Spanish woman. It seems that only in a movie can a girl four times refuse to date the handsome prince, and then still marry him. And yes, the alliances to civils in royal families have been a trend for the last 20 years! Princes marry for love and live happily ever after. And Cinderella, meanwhile, is embarking on a slippery slope to conquer popular love, including the royal family.

How to set foot, how to say a word, what to wear!? And everyone, absolutely everyone cares, how does Cinderella get used to the role of a princess, do they shout at night in huge royal bedchairs from passion? The townsfolk are looking for traces of tears and mental anguish on the faces of newcomer princesses. And each of their public acts is an chance for people to abuse their tongues.

And you know what! Cinderella won! Letizia Ortiz istoday a recognized icon of style. The queen and her daughters are the favorites of many Spaniards, they are mostly loved and respected!

And this is todays story, from your personal shopper in Madrid

Shopping in Serrano for her